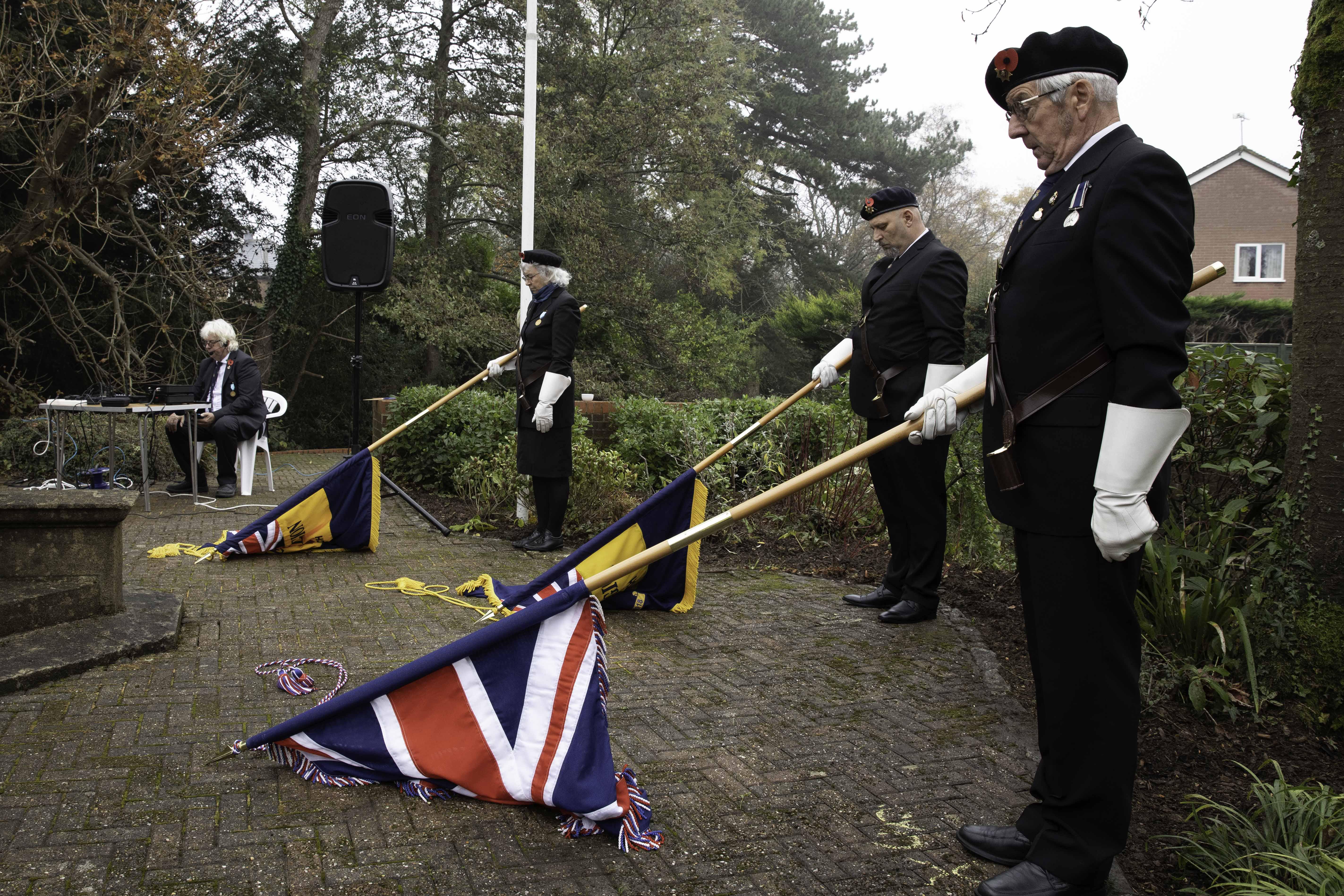 In order to commemorate the 75th anniversary of victory over Japan and the end of the second world war, a short memorial service was held at 11.00 am at the War Memorial in Bridge Street. Sadly, due to lockdown restrictions, it was not possible for the event to be attended by members of the public, but wreaths were laid during a short service conducted by Rev Mike Saunders. Following a two minute silence, John Parry (Chair of Hungerford RBL), Cllr Helen Simpson (Mayor of Hungerford), and Nicholas Lumley (Constable of the Town & Manor of Hungerford), laid the wreaths followed by the “Cry for Peace” read by Bellman, Julian Tubb.

Wreaths were also laid at the War Memorial Avenue in Bulpit Lane.