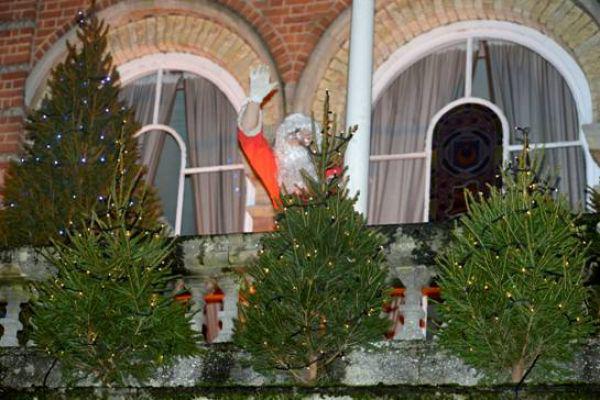 Residents and visitors of Hungerford braved the wet and windy weather on 29th November 2015 to watch Queens Park Rangers striker Charlie Austin, flicked the switch to light up Hungerford with the 'Best in the West' Christmas illuminations. Charlie used to live in Hungerford and attended John O'Gaunt School, where he ran a football holiday camp over the October half term. He stayed around after the switch on to sign autographs. Father Christmas made his annual appearance on the balcony of the Town Hall and came down amongst the crowd to give the children sweets. This all followed festive musical entertainment from local choirs and the John O'Gaunt School 2015 X-Factor winner Amelie Edwards and Hungerford Town Band.