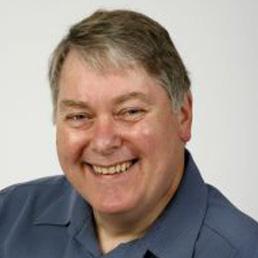 I was born in Newport, South Wales in 1951, and I grew up there along with my two sisters and brother. In my teenage years I attended one of the first ever Comprehensive Schools, Hartridge High School, and after that, I went to Bath University where I studied Engineering as part of a four year ‘Sandwich Course’ which included an apprenticeship with a manufacturing company, Dowty’s, based in Cheltenham.

After graduating, I moved into design engineering, starting at Dowty’s and then in 1976 I moved to Southampton working for Submarine Telephone Cables as a Senior Design Engineer. I met my wife in 1979, and we got married in 1980. Our son Tom was born in 1983, and our daughter Claire was born in 1985.

Later that same year we moved up to Hungerford because I had left design engineering and started with a computer company called Norsk Data, based in Benham Valence, near to the Newbury bypass on the Hungerford Road. My new job was technical support and demonstrator for a sales team selling Computer Aided Design software to engineering companies.

After five years with them I moved into direct sales, and finally set up my own business, selling power protection equipment to businesses. I also spent some time developing a new product for sailing, which I patented in 2002. I still keep the website, and have occasional customers for my self-steering gear, The Steersman.

When my children started at Hungerford Primary School, I became a School Governor there and after a few years I become the Chairman. Then, when they moved up to the John O’Gaunt School, I moved with them and became a School Governor at John O’Gaunt, taking on the role of the Premises Committee chairman, where I oversaw the building of the cooking classroom, the moving of the drama classroom, and the establishment of the Nursery at the end of the car park.

When I ran my own business, I joined the Federation of Small Businesses, and became a volunteer committee member for the West Berkshire branch. Our activities were aimed at promoting and supporting small businesses by organising regular events and developing relationships with local councils and colleges.

I have now sold the power protection business and consider myself semi-retired. My time is now taken up with Council work, writing books, making odd things in the shed, and for exercise I swim regularly and take occasional walks.

I am also a proud grandad. My son is married, he has two boys, Alex and Ben, and he runs a very successful business in Hungerford, ‘Fuel Cell Systems’.

My daughter lives in Nelson, New Zealand where she runs her own, very successful, hair dressing salon – ‘The Cutting Bar’, and we try to get out to see her when we can.